The coronavirus (now officially called ‘COVID-19’) outbreak in China has caused massive disruption to both the daily lives of the people as well as the country’s economy.

The coronavirus, which began in Wuhan, a city in China’s Hubei province, has now infected more than 70,000 people, the vast majority of which are in mainland China.

Impact of the Coronavirus on China’s Economy

The coronavirus outbreak came at a particularly bad time for China’s economy as they were already in the midst of a trade war with the USA.

The virus began to spread rapidly just before the start of the Chinese New Year holiday. The holiday is usually a week but was extended in an effort to lessen the spread of the virus.

However, this extended holiday impacted restaurants, shops and other small businesses heavily as they began to lose money. Some even feared the possibility of having to close down.

Thousands of flights have also been canceled over the last months, with many countries imposing travel bans or restrictions on Chinese citizens.

It’s no surprise either that China’s tourism industry has taken a huge hit. Foreigners are avoiding travelling to China over fear of contracting the virus and Chinese citizens are staying home.

The isolation caused by the coronavirus has also heavily impacted China’s shipping and trade industries. China is the world’s largest exporter and countries such as Vietnam and Japan rely heavily on the Chinese supply chain.

China plays a crucial role in the over all global economy and so it’s inevitable that the entire world is going to feel the impact of COVID-19. Some economists have even stated that a global recession could result.

Check out the video below by CNBC, which gives a great overview of how the coronavirus is impacting China’s economy.

Right now is the BEST time ever for teaching English online. Learn more…

Teach English online and earn good money at home during the coronavirus lock down! It’s easy to get started…

Medical workers, who were sent to Wuhan to fight the epidemic, are now leaving to go back home… 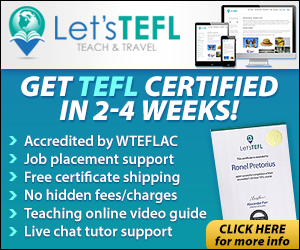